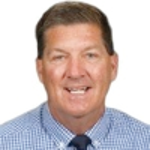 It is not an understatement to say that Brooks was the best player in the world during his time. In fact, with his 7 goals that helped USA defeat Australia to win gold in the 1982 World Lacrosse Games, Brooks earned the title of “Player of the World.” The list of accomplishments for Brooks is long; a few of the highlights include the following:

Coach Sonny has been coaching youth athletics for 30 years.  He is a Level 3 US Lacrosse Certified Coach as well as a Train the Trainer Certified Coach.  He is currently the Girl's Head Coach at Melbourne High School.  Sonny was previously an assistance coach for Satellite High School Women's Lacrosse (2021 District Champions), former Melbourne Central Catholic JV Head Coach, and Assistant Varsity Coach.  He has been coaching Girl's Lacrosse in Brevard County at all age levels for the past 6 years, where he has assisted Coaching our Middle School and High School Competitive teams.  Coach Sonny grew up playing lacrosse in Long Island NY.

Morgan is a recent graduate from Florida Institute of Technology (FIT) where she was an attacker for the Women's Lacrosse Team.  She is from La Plata Maryland where she began playing lacrosse at the age of 9 yrs old.  Now she has graduated, Morgan wants to continue to be apart of the game by giving back and Coaching girls on all the she has learned and experienced over the past 12 yrs.

Bayleigh is a recent graduate of Florida Institute of Technology (FIT) and former NCAA Women's Lacrosse player where she held the position of defender.  Prior to College, Bayleigh was a four year letterman at Central York High School in York, Pennsylvania where she was Team Captain and named midfielder of the year in 2017.  Bayleigh played three (3) seasons of Club Lacrosse with the York Invaders in PA. Coach Mike Karr has over 20 years of director and youth coaching experience.  He and his family relocated from San Francisco, CA in 2018 where Coach Mike was a director, consultant and/or coach of several soccer companies, academies, college and high school programs as well as founded Pacific Soccer Academy (now Liverpool FC Bay Area).

When Mike arrived in the Space Coast he began playing lacrosse again, opened Blue Tornado Sports Arena and began coaching lacrosse at Space Coast Lax.  Mike also joined the board of directors at SCL and has implemented a new recreational curriculum that incorporates fun and learning so that kids can enjoy the game while learning the skills needed to be adequately challenged and prepared for competitive play. Coach Jacob Batman is a local player turned coach.  Jacob is the Boys Varsity Assistant Coach at Satellite High School where he also played as a student-athlete.  Jacob continued to play at  Eastern Florida State College and box lacrosse in Orlando. "I want to contribute to the growth of the sport that I love in my community."
This fall season Jacob will become the Lead Coach for our new recreational program in Satellite Beach.

Coach Logan Warr is a four year letterman in high school lacrosse from Orange County, Florida where he experienced playing every position on the field. Logan is the Boy's Varsity Assistant Coach at Viera High School where he specializes with Face-Off & Defense. Logan continued to play box & club league all throughout his adult life. As a father himself, he is passionate to make a positive impact on kids, on and off the field.

Tom has been involved in lacrosse in Brevard County since 2008.  First as a U-15 boys Coach in Brevard Lacrosse Association, then as the boys JV Coach, and then the girls’ Varsity Coach at Eau Gallie High School.  He was also an active board member of the Friends of Brevard Lacrosse.  More recently he was involved as the assistant girls Varsity Coach at West Shore HS.  Tom is currently a board member of Space Coast Lacrosse, and assists with Coaching as needed.